Who Owns the Satellites Adding to Dangerous Levels of Space Junk and Other Catastrophic Risks? 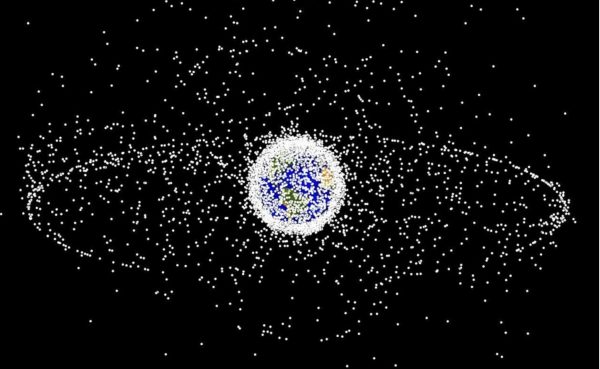 For centuries, humans have looked to space and the stars for answers. The fascination is more than philosophical – it’s coupled with the need to solve problems here on Earth.

Today, as Visual Capitalist’s Therese Wood details below, there are seemingly countless benefits and applications of space technology. Satellites, for instance, are becoming critical for everything from internet connectivity and precision agriculture, to border security and archaeological study.

Space is Open for Business

Right now, there are nearly 6,000 satellites circling our tiny planet. About 60% of those are defunct satellites – space junk – and roughly 40% are operational.

The Union of Concerned Scientists (UCS), determined that 2,666 operational satellites circled the globe in April of 2020.

Over the coming decade, it’s estimated by Euroconsult that 990 satellites will be launched every year. This means by 2028, there could be 15,000 satellites in the skies.

With SpaceX’s planned Starlink constellation of 12,000 satellites and Amazon’s proposed constellation in the works, the new space race continues its acceleration.

Let’s take a closer look at who operates those satellites and how they apply their technology.

Technology with a Purpose

Humans have long used space for navigation. While sailors once relied on the stars, today we use satellites for GPS, navigation, and various other applications.

More than half of Earth’s operational satellites are launched for commercial purposes. About 61% of those provide communications, including everything from satellite TV and Internet of Things (IoT) connectivity to global internet.

Second to communications, 27% of commercial satellites have been launched for Earth Observation (EO) purposes, including environmental monitoring and border security.

Commercial satellites, however, can serve multiple purposes. One week, a satellite may be ‘tasked’ to image a contested border. It could later be tasked to monitor the reclamation of a mining site or even the aftermath of a natural disaster.

Government and civil purposes make up 21% of all of Earth’s operational satellites, and military purposes come in at 13%.

SpaceX—founded by Elon Musk—is not only a disruptive launch provider for missions to the International Space Station (saving NASA millions). It’s also the largest commercial operator of satellites on the planet.

With 358 satellites launched as of April, part of SpaceX’s mission is to boost navigation capabilities and supply the world with space-based internet.

While the company operated 22% of the world’s operational satellites as of April, it went on to launch an additional 175 satellites in the span of one month, from August to September 2020.

Following its series of summer launches, SpaceX announced that it had deployed enough satellites to support the beta version of its satellite-based internet service, Starlink.

Every Commercial Satellite in One Table

Since December 2005, the UCS has compiled data on every operational satellite in Earth’s orbit. In the table below, you’ll find every commercial satellite in orbit, as of April 2020.

Cubesats, microsats, nanosats, and more—the new space race is all about small satellites.

With its flock of small EO satellites, or “doves”, Planet Labs now has more than 150 satellites in operation (however, in April 2020, the number exceeded 250, as per above data).

Even Amazon is preparing for space. In July of 2020, the FCC granted approval for Jeff Bezos’s tech empire to launch and operate an internet constellation of 3,236 satellites.

It may be no surprise that the United States, China, and Russia top the list of countries with operational satellites.

The U.S. and Russia (then the USSR) piloted the space race throughout the 1950s and 1960s. Both nations are found in the top three of current satellite operators, with the U.S. operating nearly half of all satellites—1,308 as of April 2020.

China trails the U.S. with approximately 356 satellites. Taking third spot, Russia has 167 satellites in operation, and the UK comes in at a close fourth with 130 satellites.

Collectively, the above five countries operate roughly 76% of the world’s satellites.

Where the original space race was a nationalistic competition between Cold War rivals, the new space race is collaborative and commercialized.

Today, international cooperation allows for the deployment of satellites, as well as space-based science. Before SpaceX, NASA and the other space agencies that operate the International Space Station had been reliant on Russian Soyuz rockets for hundreds of missions.

With the success of its famed reusable rockets, SpaceX is on track to reduce launch costs by as much as US$6 million per flight—which is likely to support the proliferation of satellites in the coming years.

With improved technology and commercial partnerships, all signs point to a crowded orbit.