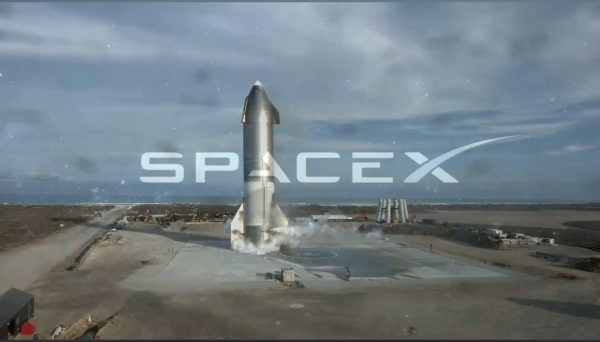 Private space company SpaceX has had a monumental week.

On Wednesday, the company’s Starship test model SN10 made a high altitude test flight to 10 kilometers and landed back on the launch pad. The previous two attempts with SN8 and SN9 reached their test altitude but suffered RUDs (Rapid Unscheduled Disassembly, or in simpler terms, exploding) at the point of landing.

SpaceX attempted SN10’s high altitude test in the mid afternoon, but was automatically aborted by the system at T-0 due to a detected anomaly.

The second attempt successfully launched, with Starship reaching the 10 kilometer test altitude, freefalling back to earth horizontally, and thrust pivoting back to the vertical position to land.

You can watch the full launch event here:

Starship SN10 did, however, experience an RUD a few minutes after landing, from what some are speculating to be a methane leak. However this is only a minor problem at this development stage, and landing the Starship without an RUD at the landing stage itself is a gigantic step forward.

This successful test of the SN10 stage comes the day after Japanese entrepreneur Yusaku Maezawa, who previously purchased a civilian space flight, announced a chance for you to join him on what he calls the Dear Moon Project. The flight will go around the moon and come back to earth. Musk states that this flight will actually go a little bit past the moon in order to be the furthest humans have ever been in space.

In a joint video released with Elon Musk, Yusaku Maezawa details his vision to bring 8 people who consider themselves to be creative or artistic along with him for the ride on Starship in 2023.

If you describe yourself as creative or artistic, as Maezawa details in the video that anyone can be, you can enter for your chance at one of the seats at DearMoon.earth.

Judging from his Twitter handle of @yousuckMZ, yes, he’s very aware of what his first name phonetically sounds like in English.

The successful landing of Starship the day after this announcement should hopefully give people confidence that SpaceX is on track for Starship to carry people in 2 years. Under development by SpaceX, it is intended to take humans to Mars and will be the world’s first fully reusable spacecraft.