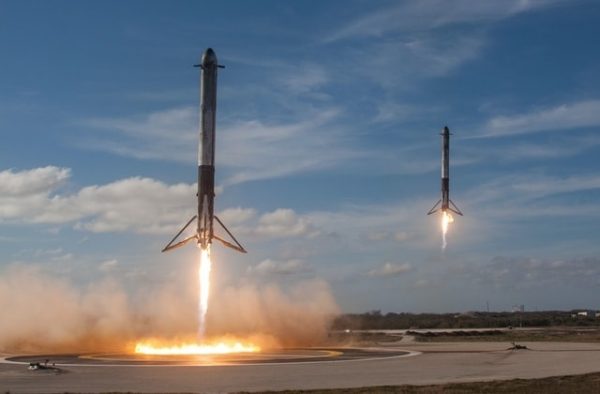 SpaceX has been building Starlink satellites in space, and the American aerospace manufacturer has already deployed a total of 1,023 satellites after 18 launches so far. Now it is set to send a new batch of satellites to complete its v0.9 and v1.0 Starlink project.

This is SpaceX’s ambitious project that aims to construct an interconnected internet network with thousands of satellites. Once complete, it is expected to deliver high-speed internet to subscribers around the world.

CNBC reported that SpaceX continues to launch as many as 60 satellites to its Starlink structure out of space. The company has been using its Falcon 9 rockets to bring the satellites to the site and have been successfully placing 120 satellites every month.

Elon Musk’s company is now ramping up its launch rate to keep up with the schedule, and in fact, the next launch date was supposed to happen on Sunday, Jan. 31. It did not push through, and SpaceX is now targeting Feb. 1 as the date for its next Starlink launch.

Based on the report, SpaceX was set to test-fire a Falcon 9 rocket at Kennedy Space Center the past weekend, but it was called off at the last minute. If everything will go as planned and the weather is clear, the 60 Starlink satellites could be launched through the Falcon 9 on Feb. 1.

SpaceX projected that it would have already deployed around 4,425 satellites to orbit by 2024, it is still a long way from its original approved number of the Federal Communications Commission, which is 11,943 satellites. In any case, while there is still a lot to go, Starlink internet services is already in beta and serving customers in southern Canada and northern America.

Meanwhile, amid the launching of more satellites for the Starlink project, SpaceX was called out for violation of Federal Aviation Administration terms. While the company has an FAA license, The New York Post reported that SpaceX is being investigated for the launch of its Starship spacecraft on Dec. 9.

The Federal Aviation Administration’s investigation is focused on the disastrous landing and SpaceX’s compliance with terms in its license. But then, it did not mention any specific violation that Elon Musk’s company might have committed. At this point, the FAA will be evaluating SpaceX’s license and revised it if the launches compromised public safety.

“We will approve the modification only after we are satisfied that SpaceX has taken the necessary steps to comply with regulatory requirements,” FAA spokesperson state.

SpaceX did not respond to a request for comments regarding the issue.