Putting the Universe under the Telescope over the Next Decade 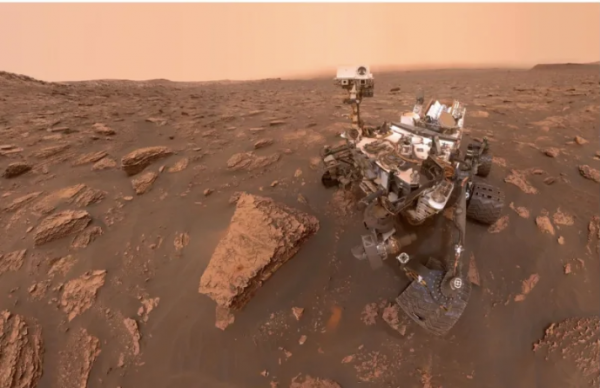 We humans are a curious, questing lot, and the 2020s will see us continue to observe the Universe around us, trying to understand more about fundamental particles, forces, objects and relationships from both ground and space-based instruments.

At the same time, our interest and technological capacity to push the boundaries of space exploration in the physical sense through manned and unmanned missions is beginning to boom.

Somewhat paradoxically, one of the most interesting observatories to keep an eye on over the 2020s does not ‘look’ at the universe at all.

Evolution of the Universe

The Laser Interferometer Gravitational-Wave Observatory (LIGO) is a huge, international, multi-billion-dollar collaborative effort which seeks to detect ripples in spacetime caused by the interactions of very massive objects by measuring changes in distances smaller than 1/10,000th the width of a proton.

After enduring silence in the first decade of the 2000s, LIGO detected its first of several inspiralling black hole events and also a neutron star collision.

Although these detections are a solid nod to Einsteinian physics, they also represent major advances in instrumentation, modelling, engineering, collaboration and our understanding of the evolution of the Universe.

In the past three weeks, another detection has been announced, with signals seeming to suggest a merger of two unexpectedly massive neutron stars – potentially a new class of neutron star object. Planned upgrades and expansions to LIGO should give us an exciting decade of more discoveries with a much higher quality of data.

In keeping with the theme of ‘non-visible’ astronomy, astronomers will push forward into the 2020s, trying to address some of the most fundamental questions about our Universe which have so far evaded answers.

In particular, the nature of dark matter – thought to comprise up to 85 per cent of the matter of the Universe, yet still evades satisfactory categorisation (for example cold, warm or hot), despite it having been somewhat vaguely proposed in the late 1800s.

This field combines cosmology and particle physics in experiments that are either focussed on direct or indirect detection.

In the past week, evidence from a recent project using the Hubble Space Telescope suggests that dark matter can form in much smaller clumps than previously expected, providing strong evidence for the cold (or slow-moving) dark matter scenario.

Closer to home, in a collaborative initiative of which the University of Melbourne is a part, the Stawell Underground Physics Laboratory (SUPL) is a planned one kilometre-deep laboratory intended to detect seasonal variations in dark matter signals.

This coming decade will likely see the beginnings of the true commercialisation of space travel.

For example, private companies, such as Boeing and SpaceX, have formed partnerships with government space agencies and organisations such as via NASA’s Commercial Crew programme with the aim of developing safe, reliable and economically-viable options for reaching low earth orbit.

This will enable NASA to end its reliance on the Russian Soyuz rockets and in turn allows for private enterprise to begin selling seats on their vehicles such as Boeing’s Starliner and SpaceX’s Crew Dragon, coupled with accommodation in the ISS to privately paying customers.

Both have experienced teething problems and are undergoing improvements, but one can reasonably expect to see them operational over the next few years.

Although difficult to get a clear idea of progress, other countries such as China, India and Russia are pursuing their own human spaceflight programmes, whilst NASA continues to also work on its own vehicles to be launched from US soil, in addition to the partnerships with private enterprises, aiming to get men and women back to the Moon by 2024.

The early 2020s will see other companies such as Virgin Galactic and Blue Origin effectively ignite the space tourism market by enabling paying customers to purchase trips to suborbital space.

The successful floating of Virgin Galactic on the New York Stock Exchange in October 2019 hints at the commercial interest in point-to-point transportation on Earth via suborbital space.

As our technological capabilities increase, so too does our obsession with the search for life outside of Earth.

NASA’s Transiting Exoplanet Survey Satellite (TESS) has already kicked off 2020 with the discovery of its first Earth-size planet in a star’s ‘habitable zone’, which is the range of distances from a planet’s host star where the temperature potentially allows liquid water to exist on the planet’s surface.

Scientists are already producing different 3D atmospheric and climate models for the planet in question, known as TOI 700 d, waiting for new data to emerge over the coming decade to help narrow down important modelling parameters.

At least six missions are already at work or planned to launch, mostly by NASA and ESA like Cheops, the James Webb Telescope and Ariel, which will add to the over 4,000 confirmed exoplanets and will also give us more accurate and detailed information on sizes, compositions and conditions of the planets and their host stars.

While we whet our voracious appetites for detecting planets around star systems far beyond our own via a vast number of surveys and programmes, missions involving physical probes for life on other planets and moons within our Solar System are being planned and implemented.

NASA’s Mars 2020 Rover, which will be formally named by a winning public entry in March this year, is set to search for evidence of life on Mars with a planned touch down in early 2021, while separate flyby missions to Jupiter’s ice-covered moon, Europa, and Saturn’s atmospherically hazy moon, Titan, are due for launch in 2025 and 2026, respectively.

Although not approved within budget as yet, there is potential for a lander-based mission to Europa, potentially enabling scientists to test for the existence of a salty brine beneath its frozen crust.

Not to be outdone, ESA also has plans to revisit Mars, having launched an orbiter in 2016, delivering the ExoMars 2020 which will also focus on chemically and mineralogically analysing drilled samples for traces of past microbial life.

Finally, our attempts to both listen for and reach out to any existing extra-terrestrial life will continue throughout the 2020s and beyond.

For example, initiatives such as Breakthrough Listen, a ten-year, US$100,000,000 programme begun in 2016, continually survey the Universe for signals of extra-terrestrial life.

Meanwhile, Breakthrough Starshot is a proof-of-concept project involving sending a fleet of tiny centimetre-sized light-sail spacecraft to our nearest neighbouring star system, Alpha Centauri. This project could lead to the development of Earth-based steerable lasers.

These continuing and developing enterprises will inevitably deliver new technological advancements, meaning that the 2020s will be an exciting decade, indeed.