NASA: Could the Subsurface Ocean in Pluto’s Icy Heart Have Alien Life? 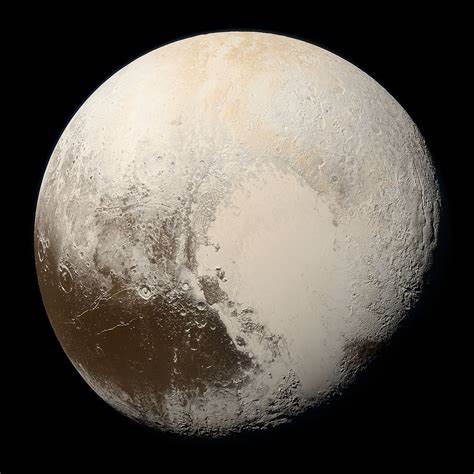 Is there life on Pluto? A new study says that Pluto’s icy heart, Sputnik Planitia, could have a subsurface ocean beneath it that may be hiding alien life forms.

The study, published in the journal Nature, says that the subsurface ocean under Sputnik Planitia region could be filled with ammonia, similar to what scientists have detected to one of Pluto’s moon, Charon, Phys.org reports.

“In fact, New Horizons has detected ammonia as a compound on Pluto’s big moon, Charon, and on one of Pluto’s small moons. So it’s almost certainly inside Pluto. What I think is down there in the ocean is rather noxious, very cold, salty and very ammonia-rich—almost a syrup,” said William McKinnon, co-author of the study and a professor of earth and planetary sciences in Arts & Sciences at Washington University in St. Louis, told theSource.

However, before imagining that this ocean could be home to fish, squid and other marine life, McKinnon explains that “life as we know it” could not be present in the ammonia-laden subsurface ocean on Pluto, but other unknown “primitive” creatures could be present.

“It’s no place for germs, much less fish or squid, or any life as we know it. But as with the methane seas on Titan—Saturn’s main moon—it raises the question of whether some truly novel life forms could exist in these exotic, cold liquids,” McKinnon said.

“If you’re going to talk about life in an ocean that’s completely covered with an ice shell, it seems most likely that the best you could hope for is some extremely primitive kind of organism. It might even be pre-cellular, like we think the earliest life on Earth was,” he added.

The researchers came to this conclusion after analyzing topographical and compositional data using computer models. The said data was sent by NASA’s New Horizons spacecraft during its flyby of Pluto in July 2015.

The study aims to give clues on how the basin on Pluto, which includes its icy heart region, was formed, theorizing that a 125-mile-wide object could have collided with the planet around 4 billion years ago.

However, despite offering new insight on what lies on Pluto, McKinnon said that to confirm its existence, gravity measurements, subsurface radar sounding and more explorations are needed.

“It’s up to the next generation to pick up where New Horizons left off!” he said.